The One Who Saves Me Excerpt

“Harder, oh God, Drew…harder!” Caleb Lakes flattened his palms against his headboard, locked his elbows, and braced himself against his roommate’s animalistic thrusts. There was no way this was going to last long. Not with those familiar I’m-about-to-blow-my-load grunts flowing from Andrew’s mouth in a steady stream while his thick dick shoved into Caleb with uncoordinated abandon.

Long fingers curled around Caleb’s waist, muscular thighs wedged between his spread legs, and firm hips undulated behind him. Caleb knew what would come next. Andrew Thompson’s body during sex was as familiar to Caleb as his own. That smooth long neck would tilt back, green eyes would clench shut, plump lips would drop open, and a pink tongue would dart out. Then Andrew would shout out Caleb’s name and his body would stiffen as his cock pulsed, releasing his seed.

Just the thought of Andrew in the throes of passion was enough to make Caleb lose it.

Then Andrew’s hold on Caleb’s hips tightened, and he somehow managed to push in even deeper before stilling as his orgasm washed over him. “Oh, God! Yes, yes! Cae!” Andrew collapsed onto Caleb’s back. He sucked in air while waiting for his heart to slow down.

The room was silent except for heavy breathing, which eventually quieted. Andrew’s lips softly touched the back of Caleb’s neck. Caleb turned his head and kissed the side of Andrew’s arm. “I missed this so damn much,” Andrew said huskily as his hand caressed Caleb’s flank with what felt like reverence.

“I missed this too,” Caleb responded. He paused before adding, “I missed you, Drew.”

Andrew was quiet for a few heartbeats, and then he pressed his mouth next to Caleb’s ear and whispered, “Yeah, me too.” He rested his lips on the back of Caleb’s sweat-slick neck and inhaled his scent before trailing openmouthed kisses from the top of his vertebrae to his hair line and back over to his ear. “What do we do now?” 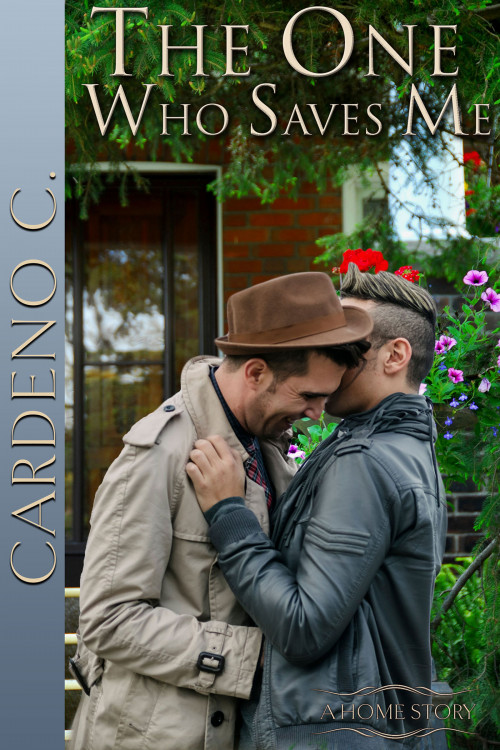