Two lions, each born to serve, rely on one another to survive.

These books are linked by theme or world. They are independent and can be read in any order. 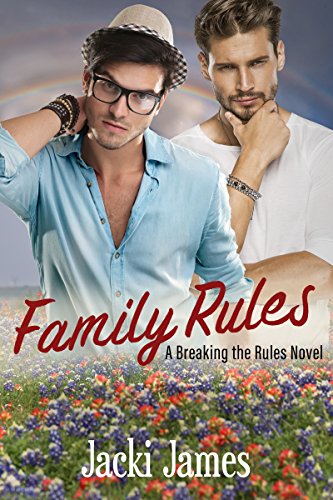 I really loved the way this author wrote these characters and this story grabbed me from the start. I could not put this book down!

So, this audiobook had me enthralled from the first word until the very last one. I was just taken in by this story and I really had a hard time putting it down in order to work. Sigh. I listened to this book while getting my nails done, grocery shopping, commuting to work as well as being at work. I listened any moment that I could.

The romance was fabulous, sexy and so hot. I loved watching their story play out in the pages within the setting of the beautiful farm. Cardeno C. is an author I'll be keeping a look out for. McFarland's Farm is a gay romance you shouldn't pass up!

Korban Keller, who was absolutely adorable with his sweet and pleasant disposition, is next in line to be the alpha of his pack. Samuel and Korban meet at a young age and run into each other fairly often. Samuel is convinced that Korban couldn't possibly have good intentions and is always leery of everything Korban says. This made for some very interesting interactions between the two of them. ...Korban brings out the passionate side of Samuel that nobody had ever seen before. For the first time in his life, Samuel understands what it means to truly love and care about somebody. These two alphas made an amazing team, and you can easily envision their future together. I really enjoyed the action that takes place as the pack alphas fight to gain control. Although this is part of a series, each of the stories can be read on its own. However, I highly recommend each of the three stories. They are each uniquely told, and this is one of my absolute favorite paranormal series. I love the concept of one true mate, and this story delivered it beautifully

Swept Away By Romance

Jason was such an extraordinary character to get to know. ...Confident and honest to a fault, he was clear as to who he was and what was to be expected of him. .....Abe was a great character too. I admired his tenacity, his caring heart and the patience he found in himself when it came to dealing with Jason. ...Cardeno didn't pull any punches in bringing forth the connection between these two. Through every stilted conversation, honest interaction and heated encounters Abe and Jason's connection never failed to be present–always growing deeper, bringing them closer each time. ...I expect it's not an easy feat to bring all these elements to the page, but Cardeno brought it all together seamlessly without taking away from any one of the elements involved. The emotions were present, intense yet subtle and correctly portrayed. The romance was slow-building but firmly established and developed. And of course, the chemistry was explored in many different ways. Cardeno managed to not only bring the heat to these scenes but also brought into it the complexity of the characters–what made them tick, what they yearned for and how emotionally invested they were in what they were sharing. Be it their first heated embrace, their flirty banter or just a simple look, Jason and Abe's chemistry jumped off the page and their emotions made themselves known.