It was a dark and stormy night. No, really, it was. And I was so fucking sick of dark and stormy nights. Other than a half day reprieve to attend the Golden Globes, I’d spent the previous three weeks on location in Seattle shooting night scenes, and I thought coming back home to LA would mean sunshine and blue skies. Yeah, okay, it was close to midnight, so that might not have been a realistic wish, but was it too much to hope for the rain to let up?

Less than a month in Seattle and I honestly thought if I never saw another cloudy, rainy sky it’d be too soon. I know I’m whining, but do you have any idea how much it rains in the Northwest? Continufuckingly. I grew up in the Palm Springs desert, and let me tell you, we say it’s a dry heat for good reason.

Anyway, it was raining when I pulled up to my house and noticed there were lights on inside. I figured maybe the cleaning crew had left them on until I opened the door and heard the piano. Huh, what was my girlfriend doing there in the middle of the night? And how did she get in?

The music stopped and Jen’s voice drifted over from the formal living room. “I’m in here, Ethan.” I walked in and saw her slender form hunched over the piano, long blonde hair tied up in a knot on top of her head. “Welcome home.”

Home. I rolled my eyes at that description. My place was a seven thousand square foot mausoleum. I’d been living there for a decade and I still felt uncomfortable drinking a beer anywhere except standing over the kitchen sink. Even the damn countertop scared me—white Carrara marble just asking for a permanent water ring. There was nothing homey about it. It was all marble and glass, full of outrageously expensive furniture and knickknacks picked by designers to look as if they’d been collected over time, when in actuality, the things I had collected during my thirty-five years were in a small bedroom across town.

Here we go. I sighed and sat next to her on the piano bench. “So you’re ending it?”

She straightened up and turned toward me, her eyes wide.

“Don’t be surprised, babe, this isn’t exactly my first rodeo. I can smell a breakup a mile away.”

She smiled, but there was no happiness in it. I was almost sad she was breaking things off. Jen was sweet, low-maintenance, thoughtful. So much so, in fact, that I was surprised she’d sprung this on me literally the second I got home. It could probably have waited until the morning. Oh well.

Coming from almost anybody else, I would have thought that question was part of a game, an attempt to get me to do something, give something, say something. But her voice and expression were sincere, and besides, Jen wasn’t one to play games. The why didn’t really matter to me, but I figured I’d let her say her piece, and then I’d say goodbye and get some much needed sleep.

That sad smile crossed her face again. “I was checking out at the grocery store and I saw one of those tabloids. You were on the cover.”

I groaned. Fucking rags came up with the craziest stories, and they rarely had even a kernel of truth. Who knew what the latest one said?

“Come on, Jen, we’ve been together for, what? A year now? You know everything they print is a crock of shit.”

She reached for my hand, and I turned my palm up, letting her link our fingers together.

“I know. That’s not the point.” She took a deep breath and squared her shoulders. “They had pictures of you at the Golden Globes, walking down the red carpet. Alone. Underneath one of the pictures there was a caption—Hollywood’s Most Eligible Bachelor to Bring Alien Mistress to Academy Awards as his Date.”

“Honest to God, Jen, if you want me to apologize for having an alien mistress, I—”

She pressed her small hand over my mouth. “Let me finish, Ethan.” I nodded and she continued. “I saw that caption, and it struck me that the most ridiculous thing about it was the thought of you bringing a date to the Academy Awards.” She laughed bitterly. “One year, that’s how long we’ve been together. I’ve never met your family. You’ve never mentioned me in a single interview. It didn’t remotely cross your mind to see me when you were in town for the Golden Globes, let alone take me as your date. I can’t even leave a toothbrush at your house to use on those rare occasions when you actually let me spend the night.”

“Come on, Jen. I like my privacy and some downtime when I’m here and not filming or making the fucking morning-show circuit. You know that. I didn’t think you were in this relationship for publicity! Nice to know you’ve been using me all this time.”

I shouldn’t have raised my voice, but damn, I hadn’t seen that one coming. Sure, I’d had girlfriends over the years who’d been with me because I was the next big thing, and then the “next” dropped out of that description and the dating options multiplied. It was amazing how many people want to date the guy whose name has top billing in that year’s summer blockbuster. Anyway, I never thought Jen was with me to further her own career.

“I’m not in this for publicity, Ethan! But I’m almost thirty years old. I want to have kids someday, get married. And when I was looking at that magazine, I got to thinking. If the possibility of my boyfriend dating an alien seemed higher than the possibility of my boyfriend actually including me in his life, well, maybe he shouldn’t be my boyfriend anymore.” She paused and swallowed before finishing in a whisper, “Because there’s really no way he’d ever want to be my husband.”

There was no point in arguing with Jen because, honestly, she was right. There was no way I’d take her to the Oscars, I didn’t want anyone’s shit at my house, and the marriage thing was so far off the table it wasn’t even worth considering. I wasn’t Mr. Long-term Relationship. It truly was me, not her, but I didn’t say so because, well, hello, cliché.

“I hope you get what you want. I really do.” I leaned forward and kissed her forehead. “But it won’t be with me.” The truth was, I didn’t see myself doing forever with anybody. 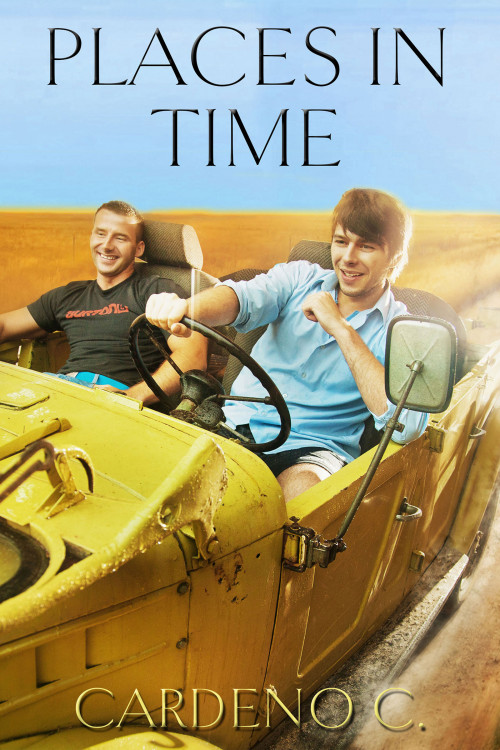