More Than Everything Excerpt

When I think back to how many times I said I’d never do this and I’d never say that, I want to cringe. Because you know what? I do all of it now.

Just this morning, when I was getting the kids off to school and they were fighting with each other over who got to hold a spatula—yeah, I know—I told them to stop talking to each other. No, really, I did. This was me: “Bobby, Stephi! You put down that spatula right now and go wait for me in the car. And I don’t want to hear you say a word to each other! Do you understand me?” Um, yeah, excellent life lesson: don’t talk to your sibling.

It was only a step above my useful “because I said so” conversations. “Why do I have to eat the peas? I hate peas.” And I’m thinking, I fucking hated peas when I was your age too, kid. Still don’t love them. I’m just waiting for you to go to bed so I can eat ice cream straight from the carton. But what I say is, “Because I said so, Bobby. Now eat your peas.”

Thankfully, the PTA was selling these scrapbooks as a fundraiser last fall. Because when I decided to become a suburban housewife, I was told there were two requirements: learning to scrapbook and having a vagina. I was fucked on the second one, obviously. I mean, I can rock a pink sweater and low-slung white jeans better than some trophy wives with the most expensive racks money can buy, but a vagina? Thanks, but no thanks. I’m pretty attached to my dick. But I’ve always been creative; hell, I was a dancer and choreographer for years, so I was sure I could zigzag scissor and star-stamp just about anybody under the table.

So here I am. Eight thirty on a Friday morning—a time when, in my old life, I would have been sleeping off the bender from the post-show party the night before, and instead, I’m sitting in my bright-yellow kitchen, at the round wooden table I got at this amazing antique store that opens only one weekend a month and I’m always there when the doors open, like clockwork. Anyway, I’m sitting at my table, drinking my nonfat, sugar-free, extra-caffeine (okay, I’m making up the last one, but don’t you wish it was an option) latte, and I’m putting together an album of the life I never saw coming. The life I never knew I always wanted.

Confused? Well, hopefully I can help clear it up for you. Oh, and don’t freak out about flashbacks, okay? Think of it more like you’re hearing a story from beginning to end, with a little bit of narration in the middle. It’ll be okay; I promise. Just follow along.

The first time I saw Scott Boone, I knew the bisexual label I’d been trying on for size in my head was bullshit. I was gay. It wasn’t a total shocker or anything. I’d asked my parents for an Easy-Bake Oven for my eighth birthday. By the time I turned twelve, I knew asking for the Barbie Styling Head I actually wanted was a straight shot to strange looks and “Shh, he’s walking up” conversations, so I asked for money instead. Then I bought the hairstyling Barbie toy I actually wanted and hid it in my closet. Someone should put that story on Urban Dictionary as an example of irony. But I digress.

Scott Boone was everything I wasn’t. He was tall, broad-chested, athletic, überbutch, right-handed. Again with the digression.

Anywho, I was a scrawny fifteen-year-old, sitting in my bedroom in my mother’s second-story Brooklyn apartment—my father had moved out by then—and I was not teaching myself how to do a new french twist on the Barbie Styling Head, which I’d dyed an amazing shade of auburn, when I saw a truck piled high with furniture pull up out front and the most gorgeous guy I’d ever seen hop out.

I can’t say for sure, but I think I might have started drooling. I definitely sprung a boner. Because, here’s the deal: it was summer in the city, so it was hot as a motherfucker and Mr. All-American was wearing cutoff jeans, Pumas without socks, and nothing else. I almost broke my neck running to get my camera so I could snap a picture of the wet-dream-come-to-life who was moving into my apartment building.

Since starting at the beginning seems like as good a place as any, that’s the first picture I’m putting into the album: Scott Boone at age sixteen, blond hair cut jock short, no shirt, shiny with sweat, and the fodder for almost all of my masturbatory fantasies for years to come. 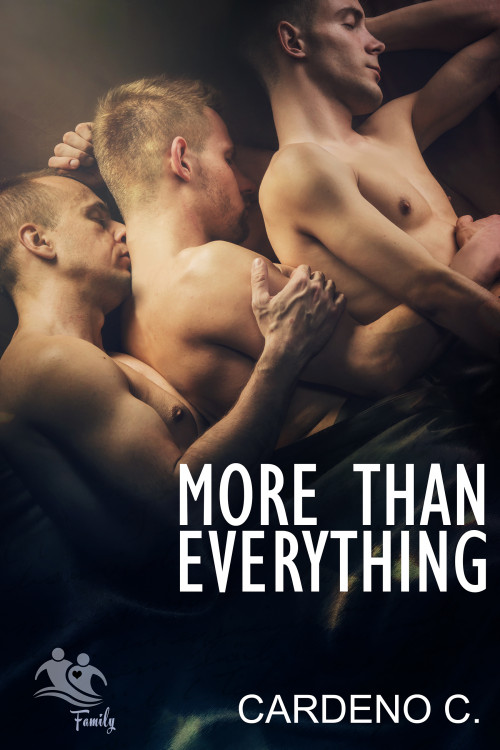